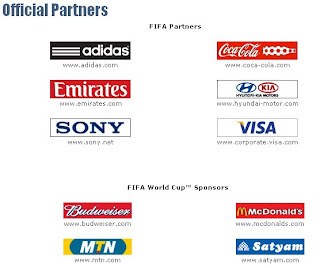 Companies using sports to promote their brands is not new, not even in the field of IT. CSC has a Cycling team, SAP has been associated with Formula One car racing and Tennis, Accenture uses Tiger Woods very effectively to drive home the point and so on. However, it may be noted that most of these sports are niche in nature and none matches the reach and spread of Fifa Soccer World Cup, save for the Olympics.

While Indian companies have never shied away from sponsoring sports, the spend has mostly been around cricket, and the target audience being India and Indians. This time, we notice that this barrier stands broken, with Satyam (NYSE: SAY) having signed up as a sponsor of Fifa World Cup 2010 , to be played in South Africa. Perhaps it is true in line with Indian IT companies, which have spread themselves across the world, when it comes to serving customers, hunting talent and setting up bases. It is also very proud to see an Indian company logo standing next to the usual bigtime spenders, such as Coke, Visa, Sony etc. What is quite interesting to note that the neither has the Indian soccer team qualified for South Africa 2010, nor is the event being held in India.
Link: Check out the draws for South Africa 2010 here. Check out Satyam's all new soccer flavoured website here.

Saurabh Mahajan said…
I think is an investment foer future,where it will help Satyam to move towards BRAND satyam and also be globally noticed .The major business of Satyam is outside India. By choosing football,they have not done any harm as it is aglobal sport and not like cfricket which has a limited reach. Great job Satyam. It is one step forward.
2:14 PM, November 14, 2008