How Global Are you?! 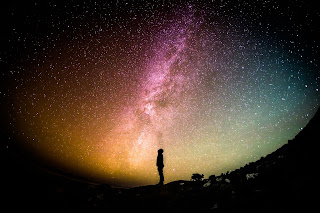 The last thing a fish notices is the water around itself, so goes the saying. Today's world is so pervasively globalized that it is easy not to notice it! In our cricket crazy country, it causes no ripple to see a certain Mudhsuden Singh, aka Monty Panesar, deliver awsome bowling on behalf of England. Why Monty alone - Nasser Hussain,  former England Captain was born in 1968 in, what was then Madras. But then, it hardly raises an eyebrow. Tom Alter, an American, a highly acclaimed actor, was part of Indian theatre and Cinema, and when he passed away recently, the Mumbai film industry mourned as one of its own, which he indeed was.

But these were global citizens. In reality, there are elements of globalization within all of us, only the extent varies. When we meet French-speaking folks on the streets of Puduchery, when we buy cars from companies that are headquartered in Japan or Germany. Or, when an Indian design engineer, collaborates with French colleague on a deliverable for an Aerospace company in Seattle, USA, who will then part import the components from Germany and India! It is also possible, for example, for a UK based automotive company to get the engineering of their next car done in India, get it styled by the best-of-the-best designers in Italy, and email the same design drawing to a Chinese supplier of components for large-scale supply. The UK based car company would assemble and sell those cars not only in the UK, but in other markets, for example,  Continental Europe, where they would be driven by migrants from Russia. Talk about globalization!

The dimensions of globalization are so overwhelming and understated that Kofi Annan, former UN Secretary-General is reported to have once said - To argue against globalization is like arguing against the laws of gravity!